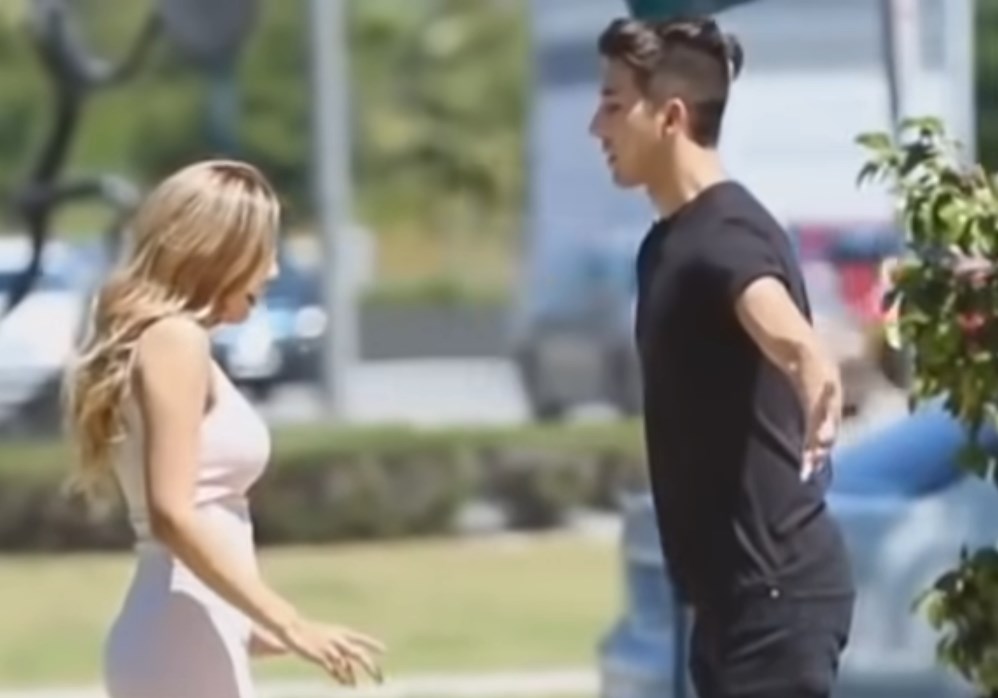 Ever been trapped in a cat and mouse game with a guy/girl you just weren’t sure about? Here are few signs to help you.

1. The tone of voice changes when talking to you (or about you)

Odds are if he’s crushing on you, he won’t be referring to you as just another friend in his life. Guys tend to talk slower and lower so that girls can lean in closer to hear better. If their crush comes up in conversation with others, men tend to get flustered or take a deep breath before talking about them as if to say they’re on his mind nonstop.

2. He doesn’t shy away from heavy topics like kids and marriage

We all know those guys in our lives that choke up and act offended at the mere mention of having a family and a wife someday. The thought tends to be especially frightening when guys haven’t found someone they can picture themselves being with for the long haul. If they’re seriously into you, they might just look forward to that sort of thing.

If a guy who is crushing on you gets the pleasure of hanging out with you then his eyes will no doubt find their way to you in an attempt to absorb as much of you as possible until the next meet up.

4. Finds any excuse to get you alone

The beginning stages of liking someone can be tumultuous, especially if there is a friend group or coworkers involved. Having alone time with you will definitely be his priority if he’s into you. Guys have never been good at sharing, so getting you in a secluded area free of onlookers and noise to have more intimate conversations is a good sign (unless he’s Ted Bundy).

At the end of the day, if he’s truly into you, he will make it known and lock it down. There are so many politics involved when courting, but true intentions and emotions will always shine through. If he’s reluctant to make it clear that he likes you then…he might not be as invested as you thought.

Well, there you have it! These 10 signs from a guy can give you enough confidence to make your own interest apparent. It’s 2019 people, time to be brave and transparent!